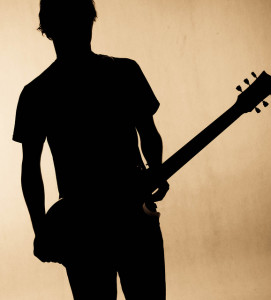 One of my absolute favorite artists passed away on May 14. I’m talking about Riley B. King, also known as the King of the Blues, one of the most influential musicians of all time. As I was growing up, The Beatles, BB King and Eric Clapton were the three groups/artists who influenced me and my music. As I watched BB’s memorial service, I reflected back on their impact. I realized that in addition to their music, Clapton and King also showed another trait that made them successful over such a long period of time.

Zain, I’m a business professional, you might say. Why should I care about your musical interests? What is this trait? Why should it matter to me?

Here’s why. In the Insight Economy™, we are dealing with a tremendous amount of complexity. One result of this is the need to evolve from the importance of individuals (sorry John Wayne and Rambo) to a focus on teams. The only way to succeed today is to build teams that are rich in diversity and talent. This hyper-evolution is very similar to the changes in the musical genres over the past seventy years. Both BB and Clapton lived this principle. If you look at their musical contributions, you will see that collaboration and connectivity with each other and a huge group of other artists over time has been the trademark trait of both these gentlemen.

Clapton has collaborated with almost all his peers in one way or another over the past 52 years in a way that made the other artists better and more prominent. The most poignant example for me was his role in organizing and leading the Concert for George Harrison on George’s one-year death anniversary on November 29, 2002. BB has been the same. The Blues Summit. BB King and Friends. Lucille and Friends. Live at the Apollo. And, my favorite – Riding with the King the one album that both Clapton and he did together. In almost all his performances, he had other artists come and play with him. And, in each one, he did an amazing job of making them the stars while he punctuated their performances with Lucille’s (that’s his guitar) support. One of the reasons why he stayed relevant until the day he passed, a total of 66 years since his first record in 1949.

That is the lesson. In today’s hyper-evolving world, as the business and marketing environment changes at hyper-speed, the only way to stay current and relevant is to build teams and collaborate with different people with different capabilities and differing points-of-view. So, if you’re a brand manager connect with a digital programmer. If you’re an analyst work with a creative partner. If you’re in technology find someone in retail to learn from. Whatever your focus and capability find someone from the opposite end of the spectrum and walk in their shoes.

Two musicians built long and sustained careers by partnering and learning from others. You can too. The alternative… per Edward Deming, “learning is not compulsory… neither is survival”.

« Who You Gonna’ Call? An Expert!
Building and Retaining Customer Loyalty. It’s the Small Things that Matter. »